I was introduced to the House of Lords as a Liberal Democrat Peer in June 2010, the first Trinidadian woman to be elevated.

I wish my beloved parents had been alive to see that historic day. (To read my Maiden Speech click here)

I do have politics in my DNA because my grandfather was a Deputy Prime Minister in the Antiguan government back in the 1940’s. I have always been political and for 20 years I campaigned for a Minister for Children which came to be in 2005. I also lobbied to get seat belts on school buses and to get diversity in children’s picture books.

In the Lords I speak mainly on issues that effect children, diversity, media and equality.

Since entering the Lords I have had a number of successes in amending legislation and will continue to strive to make changes which benefit the whole of society. I helped to create and co-chair two All Party Parliamentary Groups - APPG on A Fit & Healthy Childhood and APPG for Children’s Media & the Arts. Both have influenced government policy. They include changes to Child Performance Regulations, Animation and Children’s Live action tax credit and most recently legislation which requires commercial broadcasters to provide UK made children's programmes. This has been my biggest triumph so far!

You can see more of my political activity on Democracy Live

My Lords, it is an honour and a privilege to address this House for the first time, in a debate that is very close to my heart—I thank the noble Lord, Lord Taylor, for initiating it. I also thank all noble Lords. It is an honour to sit with you in this House.

My family motto is, “Who would have thought?”, because you never know where life’s twists and turns will take you. Mine have taken me on a spiritual journey. I was born in Trinidad and came to Britain as a 10 year-old child 50 years ago. I was spat on and told to go back to where I came from, but how differently things have turned out. I believe that I am now the first Trinidadian female Peer and I follow humbly in the pioneering footsteps of another “Trini”, the late Lord Learie Constantine. I will always remember that memorable day when I was introduced to the House, my family watching over me. I thank my sponsors for being part of that day—my noble friend Lady Scott, and my noble friend Lord Dholakia for his continued support and guidance. I thank noble Lords for welcoming me with such warmth and affection and the numerous members of staff who work so diligently and have taken care of me so efficiently.

I love being part of this establishment, and as I wander round the maze of corridors, soaking up the rich symbolism, I think to myself, surely I have reached the summit of life’s mountain, the zenith of a career stretching over four decades. Like the coat worn by the Garter King of Arms, my life has been a rich tapestry of experiences which have led me to a lifelong mission of ensuring that children’s well-being is at the heart of society’s thinking. That has not always been easy but my philosophy is to keep smiling and never give up. Like other noble Lords I have had to face adversities, but I have used them to make me stronger and more resolute.

I chose Beckenham as the title of my peerage because, back in the 1960s, my beloved, wise mother, who was the symbol of the celebration of perseverance, decided that Beckenham was the place that her six children would live because we would find the best education there and the best charity jumble sales to clothe us. However, when we went to view our future home the neighbours called the police to arrest us, saying that we were stealing the fixtures from the house. However, that did not deter my mother. She was a fighter and she stood her ground. She lived in that house for more than 40 years and is now, sadly, buried in Beckenham cemetery. So I chose Beckenham not just as a legacy for my mother and my father, who was a great philosopher, but in recognition of just how much Britain has moved on.

Much has been said about my many years as a children’s television presenter, and I am told that I have touched and shaped the lives of millions of children who are now adults and look back at programmes such as “Playschool” with great love and affection. But little did I know back in 1976 when I became a presenter of that iconic programme that it would lead me to the door of the House of Lords. I hope that my presence here will inspire children from my cultural background to follow my path, as I have been inspired by others. I truly believe that.

I have always focused on the happiness of children because everything we do affects them directly and indirectly. Childhood lasts a lifetime, and every child deserves the best start in life. That is why I am involved with so many children’s charities—I know how their work strengthens civil society—such as the NSPCC, in which I declare an interest. The NSPCC runs Childline and Helpline, two vital front-line services to protect vulnerable children and young people. Last year they answered more than 450,000 calls. They are making a huge difference and need the continued support of matched funding for the sake of those children. Sparks—of which I am a trustee, so I declare an interest—is a rare charity as it funds pioneering research across the whole spectrum of paediatric medicine. For example, it has spent more than £1 million on baby-cooling research to combat the lack of oxygen during birth and reduce deaths and permanent brain damage. This year the first intervention combining baby cooling with xenon gas was completed successfully. This will save the NHS and taxpayers millions of pounds on long-term medical care and special needs education for the baby who was born without a pulse.

Children need to be valued, shown unconditional love and taught how to have the confidence to love themselves. Barnardo’s teaches them to do just that. As a vice-president of Barnardo’s—I declare an interest—I have been involved in the work that it does with vulnerable children and young people, some of the most excluded in society. There is a child crying out for help right now and Barnardo’s is there to answer their call. It does not just save lives, it turns lives around, which in the long term benefits society both economically and socially. Barnardo’s expertise puts it in a position to advise government and Parliament on legislation and policy matters.

I have run 10 consecutive London marathons to raise funds for Barnardo’s, and I am always amazed at the number of successful people who say they are sponsoring me because Barnardo’s was there for them when they were children and now they want to give something back. In this wounded, materialistic world, where greed and self-interest are often rewarded, let us not forget those who try to repair the damage by giving unconditionally. Yes, I have seen firsthand the tremendous contribution of the charitable sector in strengthening civil society, and I will continue to support and encourage not just the ones I have highlighted but the general ethos of volunteering and giving back to make our country a better, happier place for all our children. 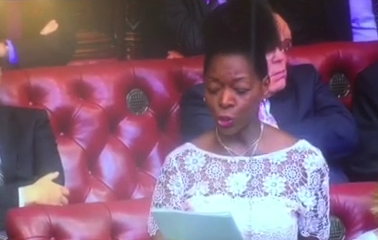 Introducing my Private Members Bill on the 7th July 2017 to secure a certificate for loss in miscarriage or stillbirth. 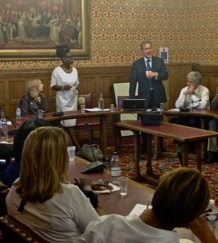 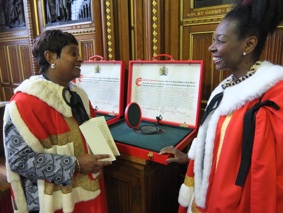