On the 19th Feb 2014 I was presenting the annual awards for the British Kinematograph Sound & Television Society (BKSTS). Winners included Lord Michael Grade and Tim Weber for his work on BAFTA winning film Gravity.

Suddenly they sprung a wonderful surprise on me by announcing I was to be made an Honorary Fellow of the Society! As you can see I was delighted to be recognised by the Society, which is made up of technicians and craftsman & women from the film & television industry. My dear friend Sir Sydney Samuelson presented me with the honour. 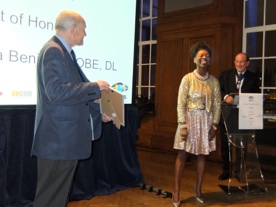 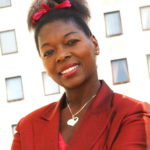 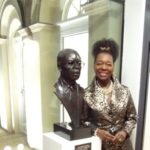